When my company was based in Chelmsford we had a cheese club. We met once a month to compare cheese, based around a ‘who can find the best brie’ sort of thing. We would score the cheese on a number of different criteria and award a winner, but basically it was an excuse for a few of us to grab a room and eat some cheese! We are trying to resurrect the idea in our new office in Hemel Hempstead.

I was supposed to be in Amsterdam last week and promised that I would bring back some Dutch cheese so we could have an impromptu cheese club meeting. Unfortunately my flight was cancelled because of the weather but we all brought cheese anyway, mainly from Tesco, and of a few different types. Five of us scored five different cheeses. 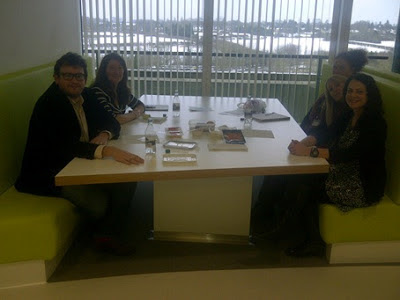 The results are below but they are sort of meaningless as we aren't comparing like with like, but fun all the same! The one thing we did agree upon was that the Worcestershire Sauce cheese looked disgusting, but smelt and tasted good! The winner was a classic, simple Norwegian Jarlsberg. 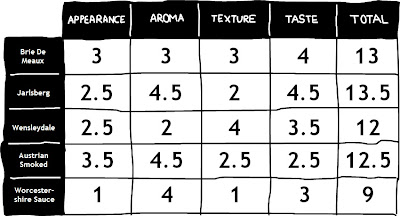 So, going to take the club a little more seriously in 2013 and introduce a proper competitive element, where like products are compared. Also planning to compare chutney and other accompaniments, so watch this space.

Just for the record, I'm pretty pleased with my 'Fight Club' style logo!
Posted by Unknown at 19:07
Email ThisBlogThis!Share to TwitterShare to FacebookShare to Pinterest 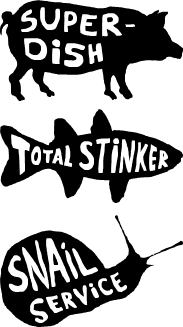